Parodinal is a clone of the famous developer Rodinal, from AGFA. It has a very long shelf life and can be used in concentrations from 1:10 to 1:200. However, when diluted it should be used in the next hours. It may be used for paper in the strongest concentrations and for film or plates for the more diluted baths.

Taking this formula as starting point, let us translate it to 500 ml, doubling the contents:

I had many difficulties to get Sodium Sulfite at local suppliers. So, I started thinking about alternatives using Potassium Metabisulfite instead. Using a chemical balance calculator like this one, I realized that following equation is valid:

The first term is Potassium Metabisulfite and Sodium Hydroxide and the second is Sodium and Potassium Sulfite and some water.

From 80 g Potassium Metabisulfite and about  30 g Sodium Hydroxide, one gets about 100 g Sulfites that may replace the 100 g Sodium Sulfite given in the formula above. This leads to following new recipe:

It works very like Rodinal, same times and dilutions.

Following photos were made with an Agfa Clack camera, using Ilford Delta 100, developed with this last recipe in dilution 1:100 for 60 minutes in stand development: 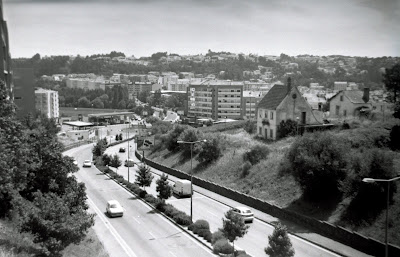 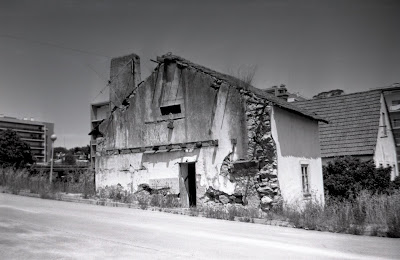 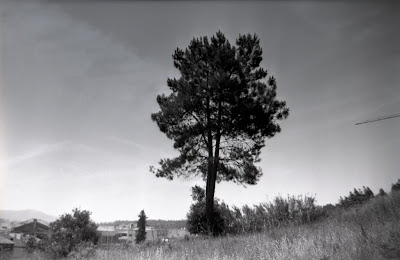