A reader and friend of this blog, Matveev Vladimir from Russian Federation, is in contact with me since some time, maybe months now. And he is also trying to develop C-41 films without CD4. In fact, CD4 is only a modern stuff, if we read about the history of color photography, other substances came first.

OK, nevertheless, old technics are sometimes forgotten and someday nobody knows how it was first. For instance, one of the first fixers in silver photography was common salt but nobody believes it today.

Returning to the theme, this friend from Russia, Matveev Vladimir, wrote me and shared his experiment of developing a C-41 film without CD4, but using PPD instead. And it worked very well indeed.

The first picture is the direct scan of the negative developed w/o CD4 and the second is the same picture automatically adjusted by the scanner. To be sure of this, I downloaded the first pic and made auto adjustments with a software and I've got the same result. 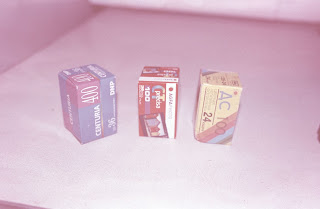 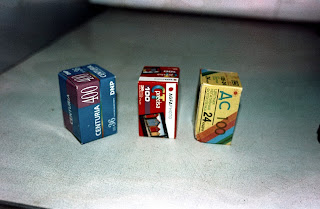 This is, for me, an importante step in the search for an alternative C-41 developer using a common product and not a commercial one. This common product may be a product containing PPD, such as hair dye for instance. I have been trying it without success, but now I have a proof that PPD does develop color in C-41 films and I will be trying again, in order to find an alternative C-41 developer from scratch.