Always learning something new. I have been getting these terrible surge marks on my B&W pictures. Regardless of how and how much I agitate or with pre-soak and without it, the demons appeared in the pictures. So, I tried to get help at Flickr, asking wheather there is a working recipe to avoid these marks.

Among the answers, I tried to follow the advice of one of them, coming from Larry D., a long acquaintance at Flickr. He insisted with me to refix the negatives and see. I did it and the surge marks were gone. The lower pic has the marks on the top side and the upper one is the result of refixing/washing. 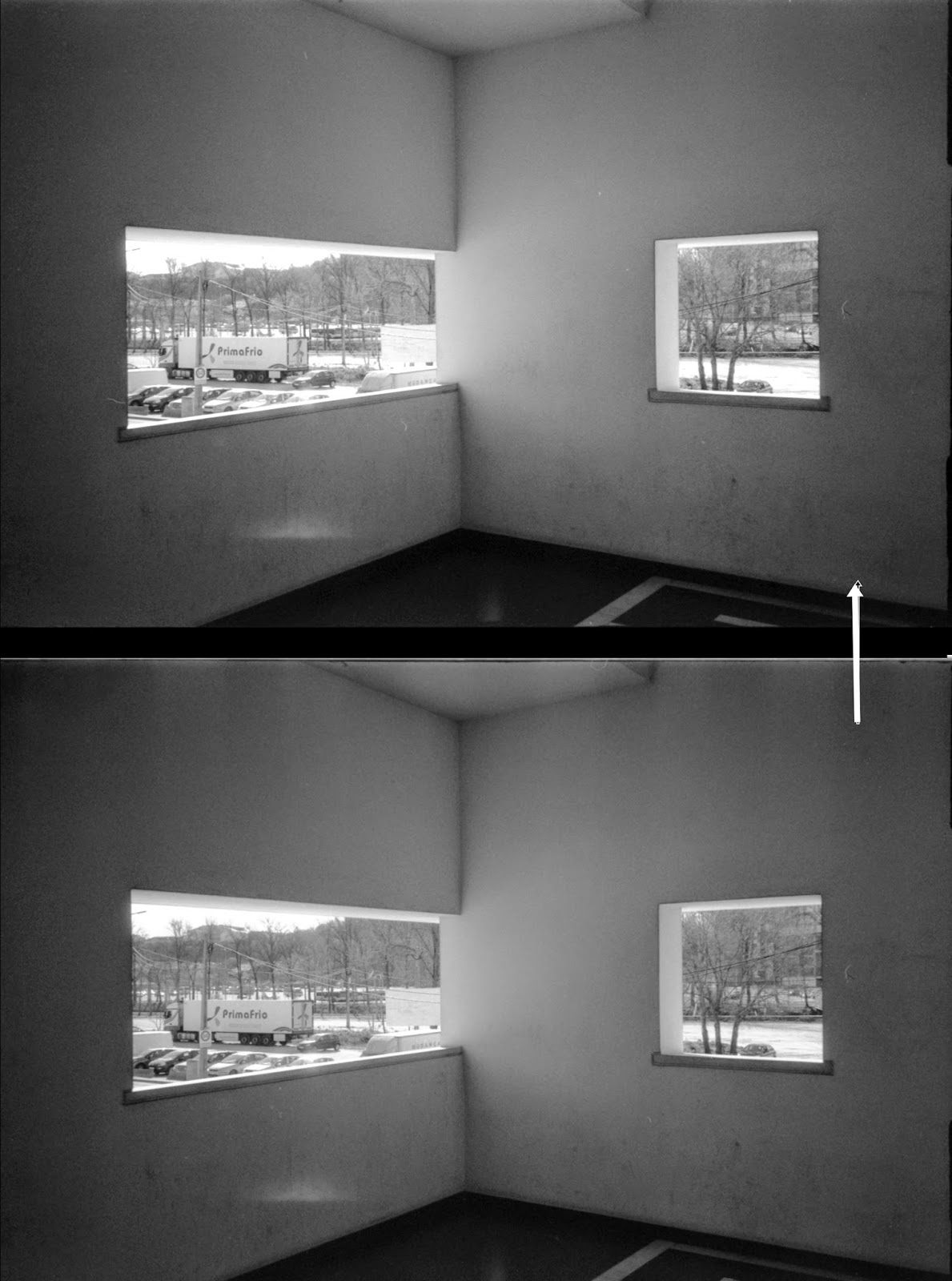 Well, I learned that rapid fixer is not that rapid, it needs about 5 minutes to clear completely, at least with the film I have been using, Polypan F, and so, the fixing time should be 10 minutes using the rule of doubling the clear time.

My thanks to Larry D.!
Publicada por Henrique Sousa à(s) 1:36 AM